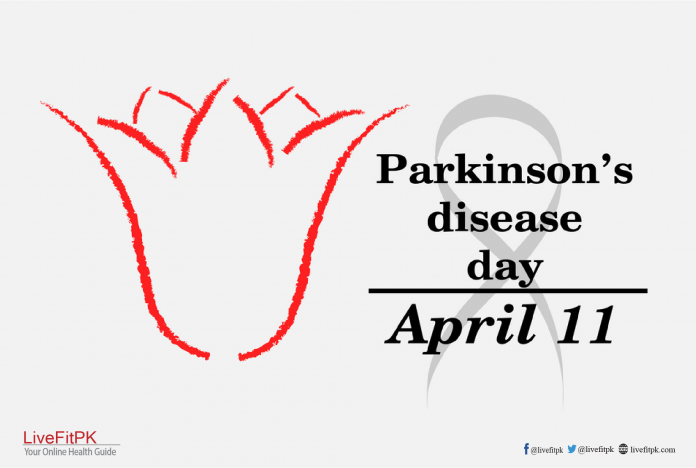 This year theme of Parkinson’s disease

The silver color is used for the awareness of Parkinson’s disease. Tulip is the official symbol sign for Parkinson’s disease and was developed by a Dutch horticulturist in 1980 who himself has the disease. He has developed a red and white tulip and it was presented at the 9th World Parkinson’s Day at the Luxembourg Conference. It is a chronic and progressive neurological disorder of the central nervous system.

Parkinson’s disease is a neurodegenerative disease that affects nerve cells in the substantia nigra of the brain. It is a condition in which parts of the brain become progressively damaged over many years. Parkinson’s disease is caused by the loss of nerve cells in a part of the brain called the substantia nigra. It results in the reduction of a chemical substance called dopamine in the brain. Dopamine plays a key role in regulating the movements of the body. A reduction of dopamine is responsible for most of the symptoms of the disease. The disease symptoms get worsened over a period of years.

It is estimated that 1 in 500 people are suffering from Parkinson’s disease. More than 10 million people are living with the disease worldwide.  Men are 1.5 times more likely to have the disease than women. The average age of the disease is 61. In 10% of persons, It is diagnosed before the age of 40.

Unfortunately, there is no specific test to diagnose Parkinson’s disease.  Most of the symptoms of the disease at an earlier stage are ignored as a part of some other diseases as postural changes may be considered a sign of osteoporosis or a sign of aging rather than Parkinsonism. Tremors are usually present at rest so they also not picked at an earlier stage. A neurologist can diagnose the disease based on medical history, a review of signs and symptoms, and a thorough clinical and physical examination.

There is no specific treatment for Parkinson’s disease. The main aim of treatment is to reduce the main symptom of the disease and improve the quality of life. Your doctor may also recommend lifestyle changes, especially aerobic exercises.

Medications your doctor may prescribe include

3. Surgical (in some cases)

This article is written for general awareness and public information only. If you suffer from any illness contact to your local health care provider or doctor. All copy rights are reserved. Comments and queries are welcomed at info@livefitpk.com