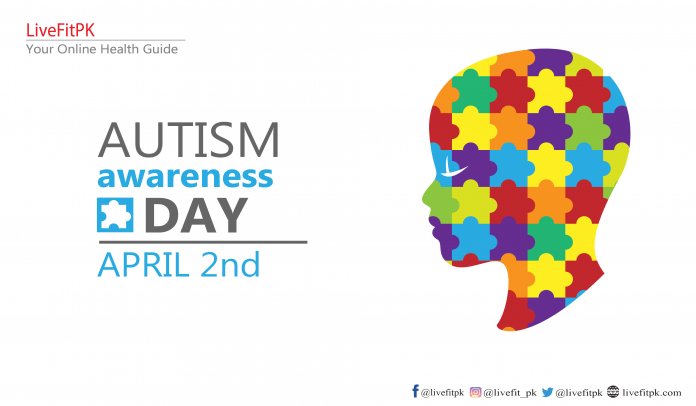 World Autism Awareness Day (WAAD) is observed on the 2nd Day of April every year since 2008. It is celebrated in order to raise public awareness. When we grow, the society expects us to become a participant in the social, economic and political life of our community. WAAD highlights the need to help and improve the quality of life of those with autism. So, they can lead full and meaningful lives as an integral part of society.

It is a developmental delay disorder and Autism awareness is represented by the color blue and multi-color puzzle pieces. The theme for WAAD this year is “The Transition to Adulthood”

Autism or autism spectrum disorder is a complex lifelong developmental disability. It tells that how a person communicates and relates to other people around them and how they experience the world around them. They often have an imaginary world of their own. The term spectrum in autism spectrum disorder refers to a range of symptoms and severity. Each child with spectrum disorder is likely to have a unique pattern of behavior and level of severity. Their IQ ranges from low functioning to high functioning. In no two cases, the disease is alike and symptoms can vary from person to person. So, the condition is classified as Spectrum Disorder.

Some children show symptoms of autism as early as during infancy while other children at a later stage during childhood. Each child with the disease ASD is having a unique pattern of symptoms, behavior, and level of severity. Below are some common set of symptoms shown by people who have the disease.

Symptoms in Infants and Toddlers

You can also read Parkinson’s Disease Causes, Symptoms, and Treatment for the sake of knowledge.

There is no specific biological test to make a diagnosis of autism spectrum disorder. However, specifically trained physicians, psychologists, and speech-language pathologists can do testing.

This testing can capture autism-specific behavioral observations. But still, parents or child caregivers are the first ones to notice signs of unusual behavior in the child. Earlier the autism is diagnosed better is the response and improvement in a child.

Autism is usually a lifelong condition. Both children and adults with autism benefit from behavioral interventions and therapies that can reduce the symptoms and increase skills and abilities. The goal of treatment is to maximize your child’s ability to function by reducing symptoms and supporting development and learning. While there is no cure for autism spectrum disorder, intensively, early treatment can make big difference in the lives of many children. Common autism treatment options include

Disclaimer: This information is for general information and  public awareness only. If you are suffering from any illness, consult your local health care provider. All copyrights are reserved. Comments are queries are welcome at info@livefitpk.com